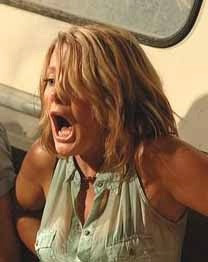 PREY
Sometimes a movie has bad acting. Sometimes a movie has an incomprehensible script. Sometimes a movie has bad acting. Prey has all three. Yet, Prey is one of the most fun movies you will see this year. If I could tell you what Prey was about I would. I can only try. Seems at some point in the 80’s a family had a run in with a witch/demon/ tacky jewelry salesman in The Australian Outback (no, not the tasty restaurant chain, which might have made for a better plot point.). A little girl runs and loses her doll. Years later a bunch of Douches, sexually confused hot chicks and the best Gay sidekick character in a long time, go off for a trip to the Outback (no, not the tasty restaurant chain). Why? I don’t know and you won’t care. To be short and to the point, one by one they start getting killed and turn into the worst Zombies you have ever seen in a movie. Why is this movie one of my new faves? Because at no point does it hide it’s cheesiness. At no point does it even pretend to make sense or even provide you with any scares whatsoever. What Prey does is take you back to the days when for $100 and some tacos, you could go into the desert and make your own Plan 9 From Outer Space (oh yeah, it’s that bad/good). Listen, dust off your bong, and beg your local cinema for a midnite screening of Prey. If nothing else for (spoiler alert) the crazy funny ending and the makeout scene between the hot Chinese chick and the pregnant Blonde! I ASK OF ONLY ONE THING OF THE MOVIE Gods please; let there be a Prey II!
Derek Washington
CO-HOST: "IN THE LV" http://www.vegasallnetradio.com/
Photo image from Prey: Top Cat Films - Natalie Bassingthwaighte (pictured above)
Posted by Carole9073 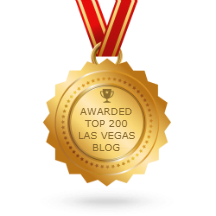